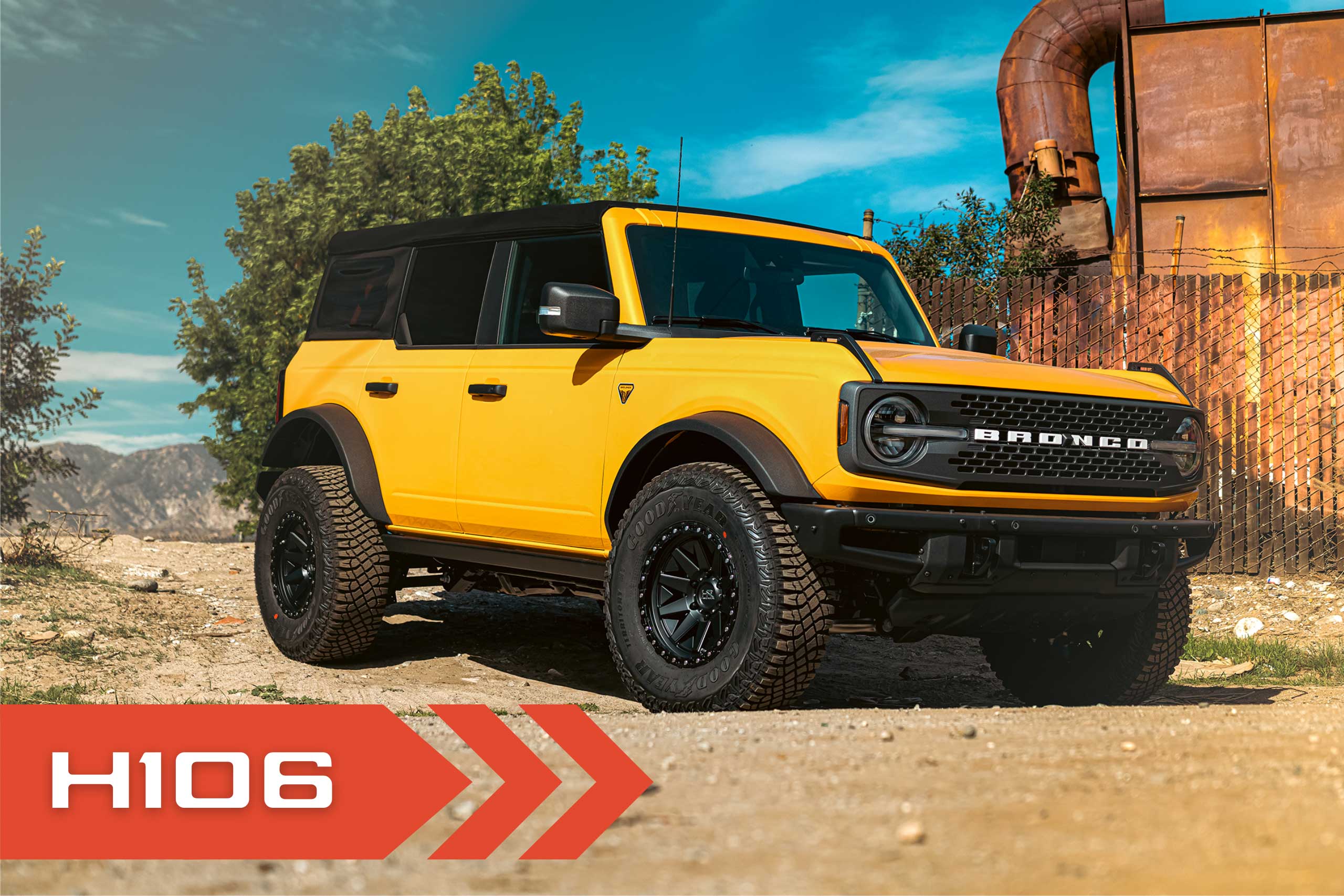 Posted at 18:26h in Uncategorized by mkgdirect 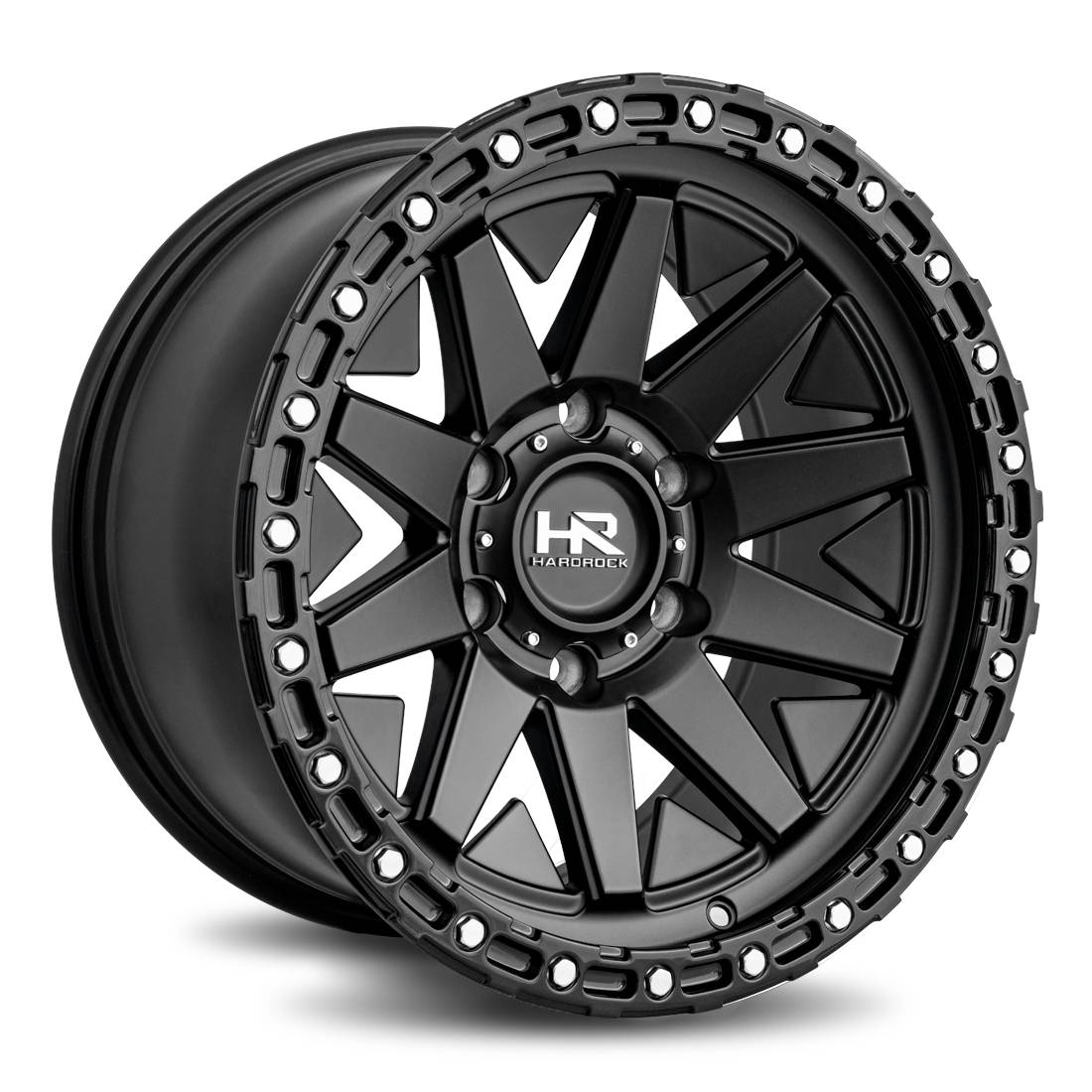 The Bronco has always been a popular choice amongst trail junkies. The first gen was introduced in 1966. Unfortunately, Ford stopped production in 1996. But with a new trend of manufactures reviving classics, there was no way the Bronco didn’t make a come back eventually. In 2020, the off road Gods blessed us with sixth generation. Since then, we don’t think we’ve seen a truck gain so much popularity in a short time. The 6th gen Bronco quickly became the car to buy. Not surprising though, is it?

That said, Ford offered a ton of trims, but there was only two real trail guys needed to care about. The Badlands and Wildtrak. Yes, the wheel and tire fitment that came standard on these trims aren’t bad. But when it comes to real deal off road duty, you want to up-size to either a 17″ or 20″. Of course we had to get our hands on one, ’cause it ain’t a party until Hardrock gets involved.

Keep reading to learn more about Hardrock Offroad Ford Bronco wheels and their fitment on this truck. 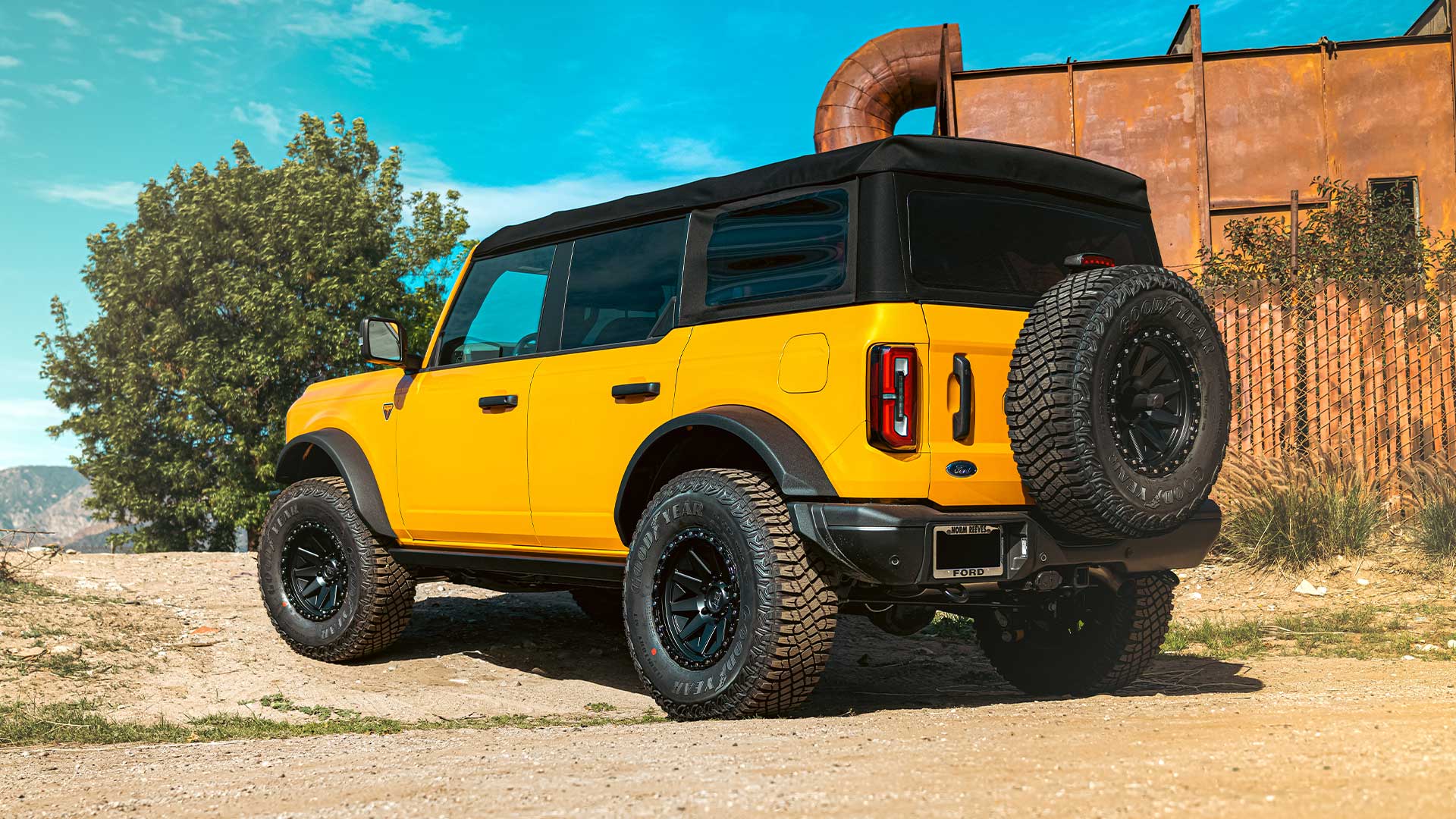 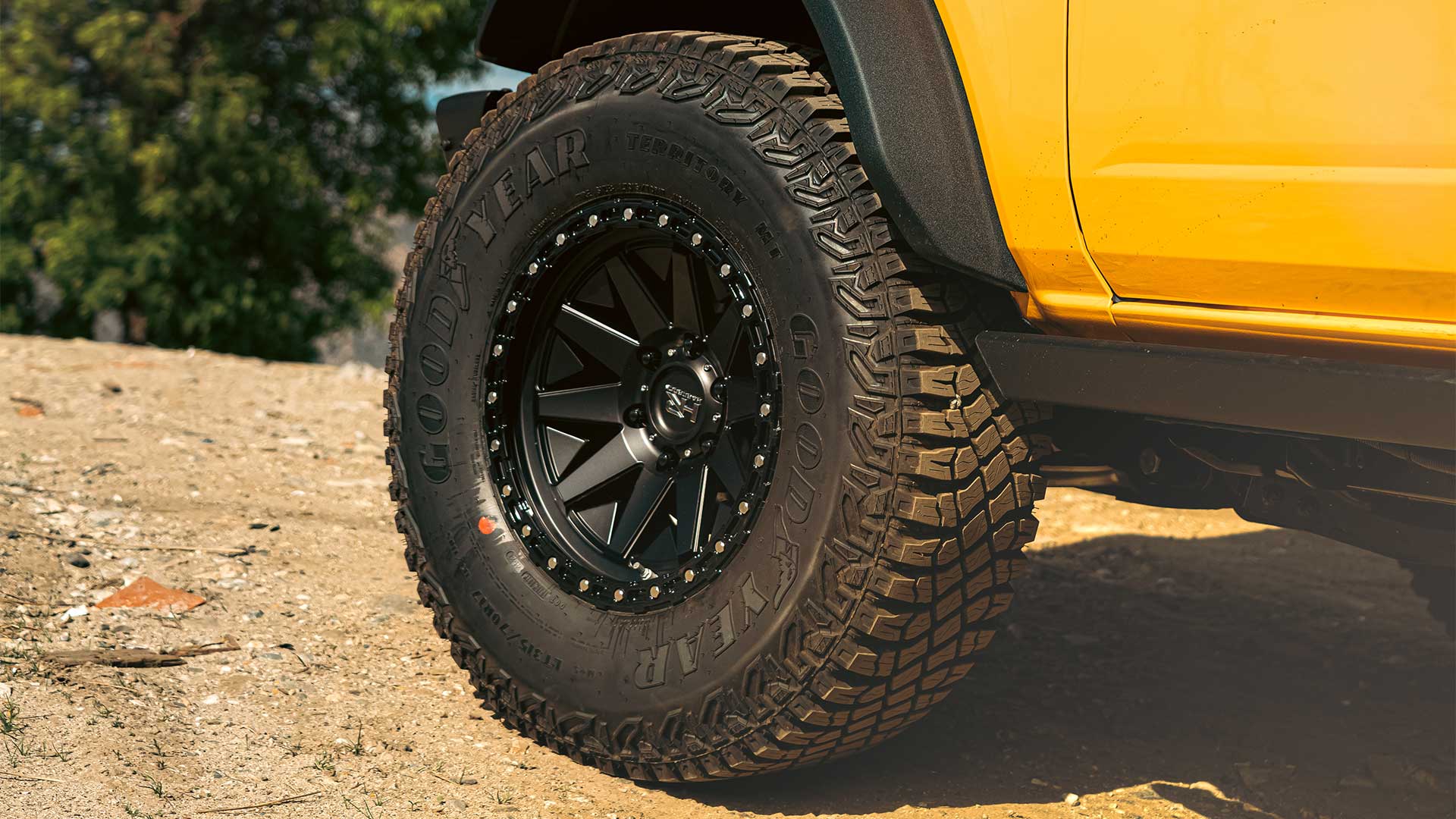 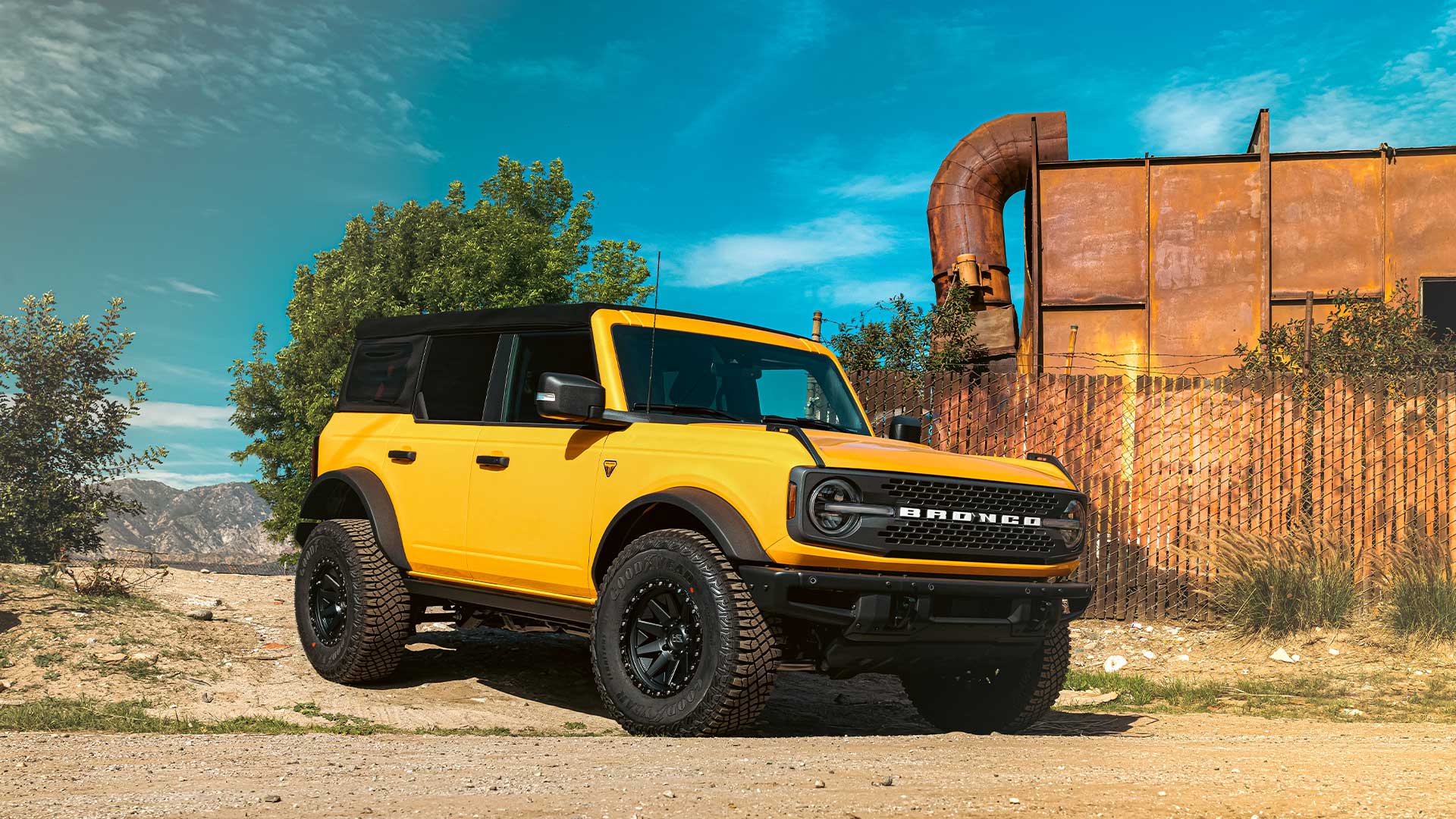 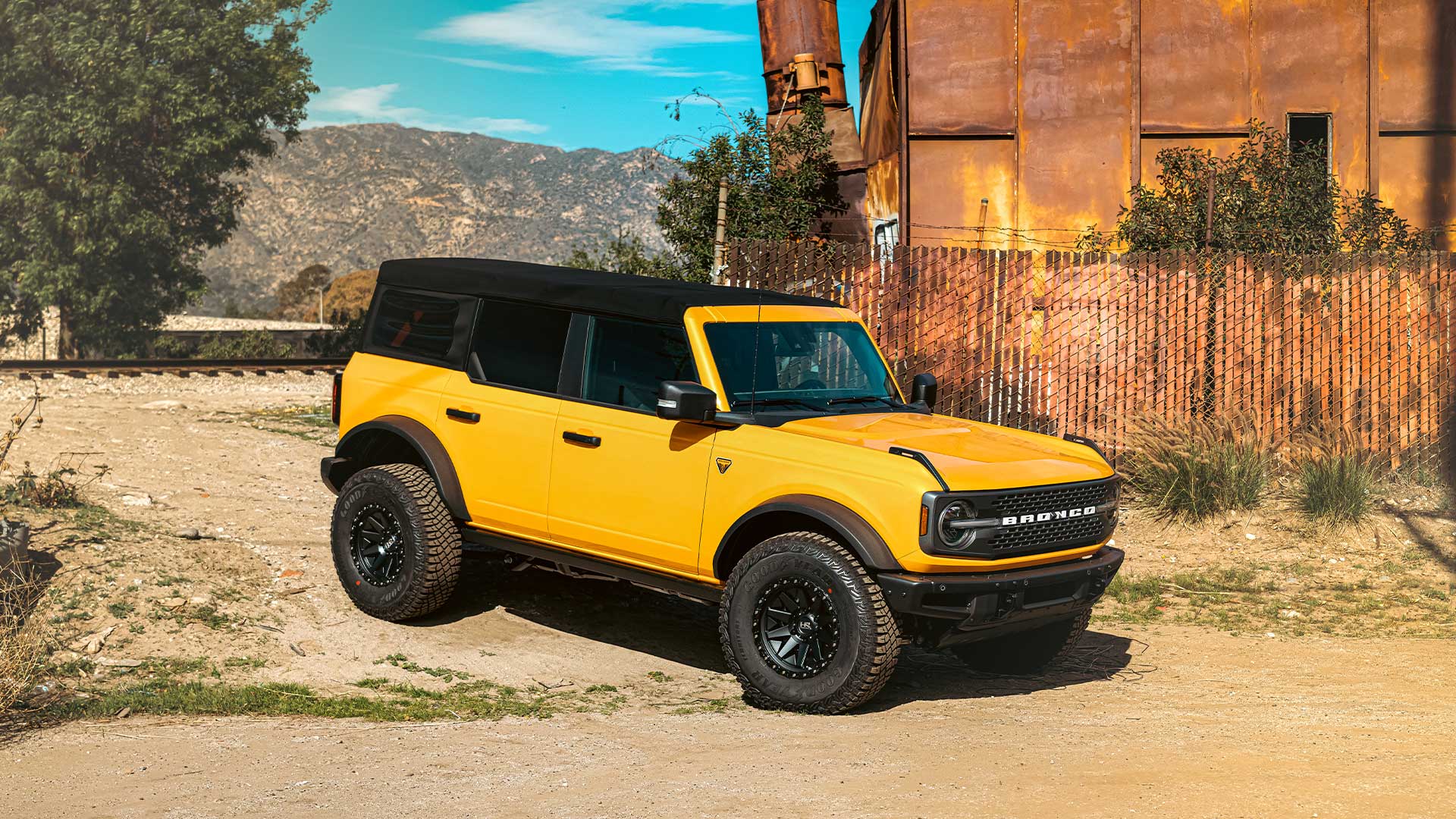 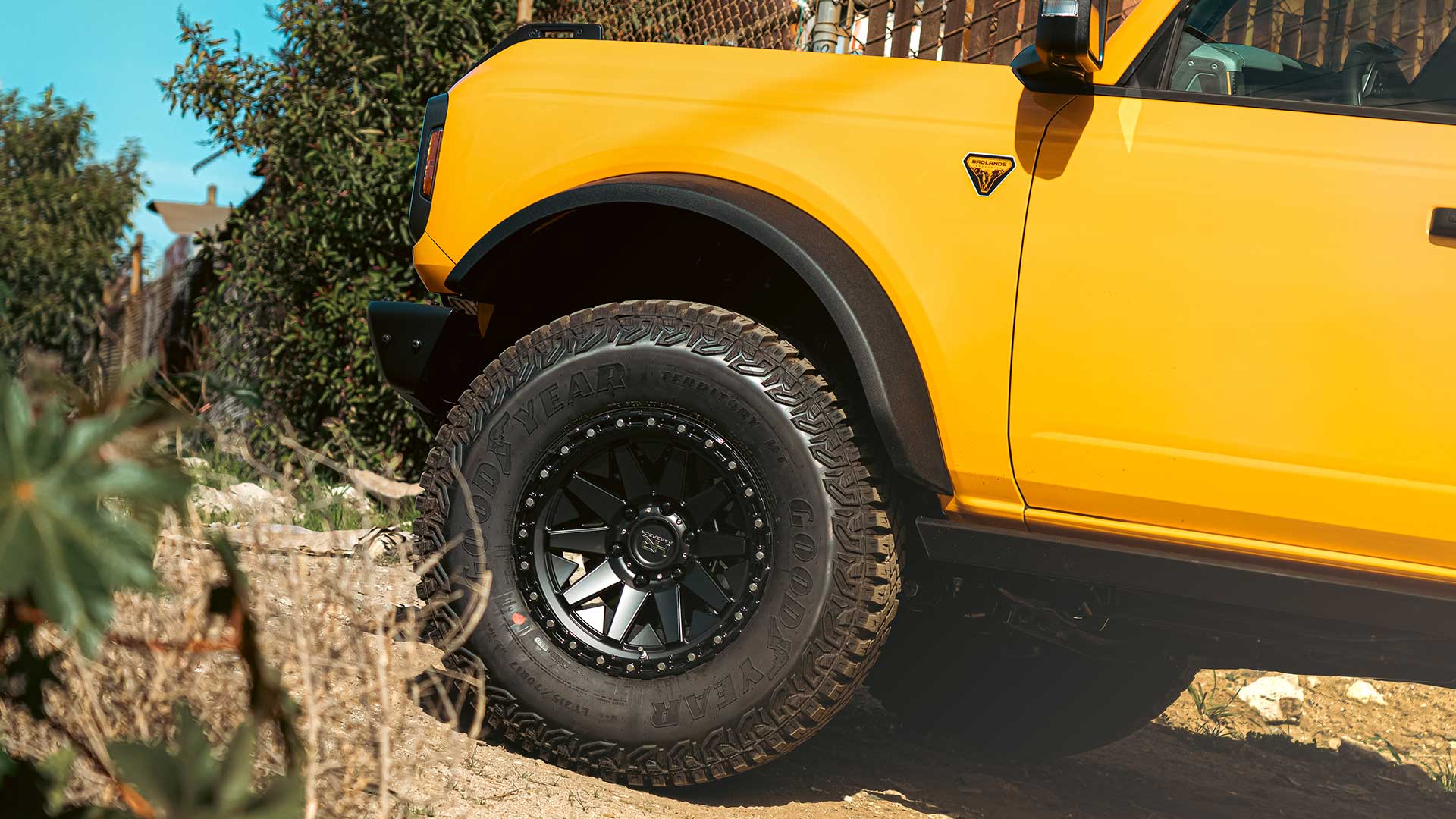 Naturally, due to the popularity of the 2021 Ford Bronco Badlands, being excited about wheel fitment is normal. Let’s jump into the details.

This Bronco is running the Hardrock Offroad H106 finished in Matte Black. With a 17×9 -12 fitment on all four corners, we think this sizing is perfect for this chassis. For tires, we wrapped the H106’s in 315/70R17 Goodyear Wrangler Territory MT.

When searching for the best off road wheels for a Ford truck, Hardrock offers various wheels in a variety of designs, sizes, offsets, and finishes. Whether you’re looking to go up to a 24″ wheel or a traditional 17×9 setup, we’ve got exactly what you’re looking for.

If you have any questions regarding wheels for your Ford Bronco, do not hesitate to reach out to us! You can get in touch via email at cs@hardrockoffroad.com, by phone at 626.960.4829 or our contact page. 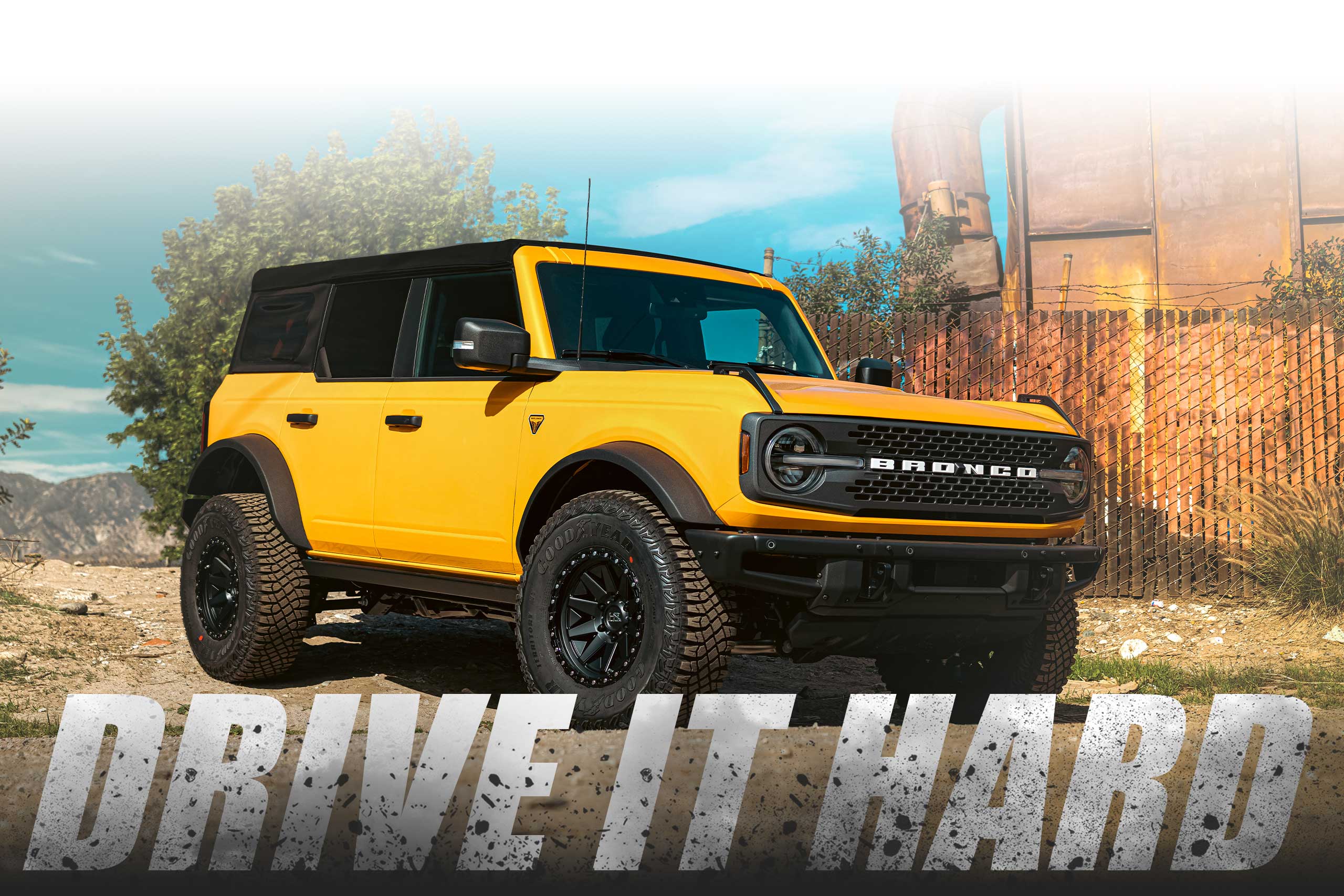