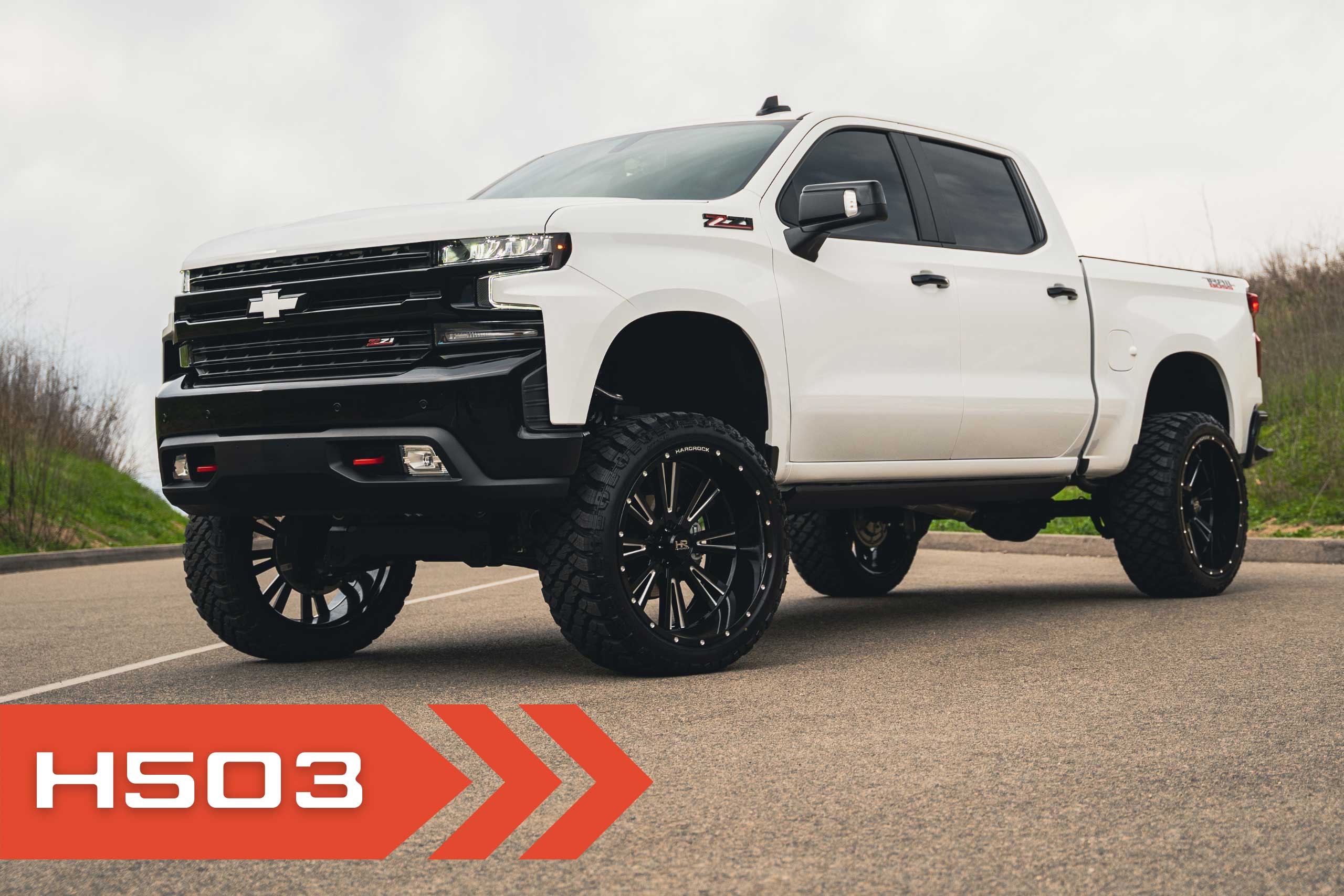 Posted at 23:41h in Uncategorized by mkgdirect 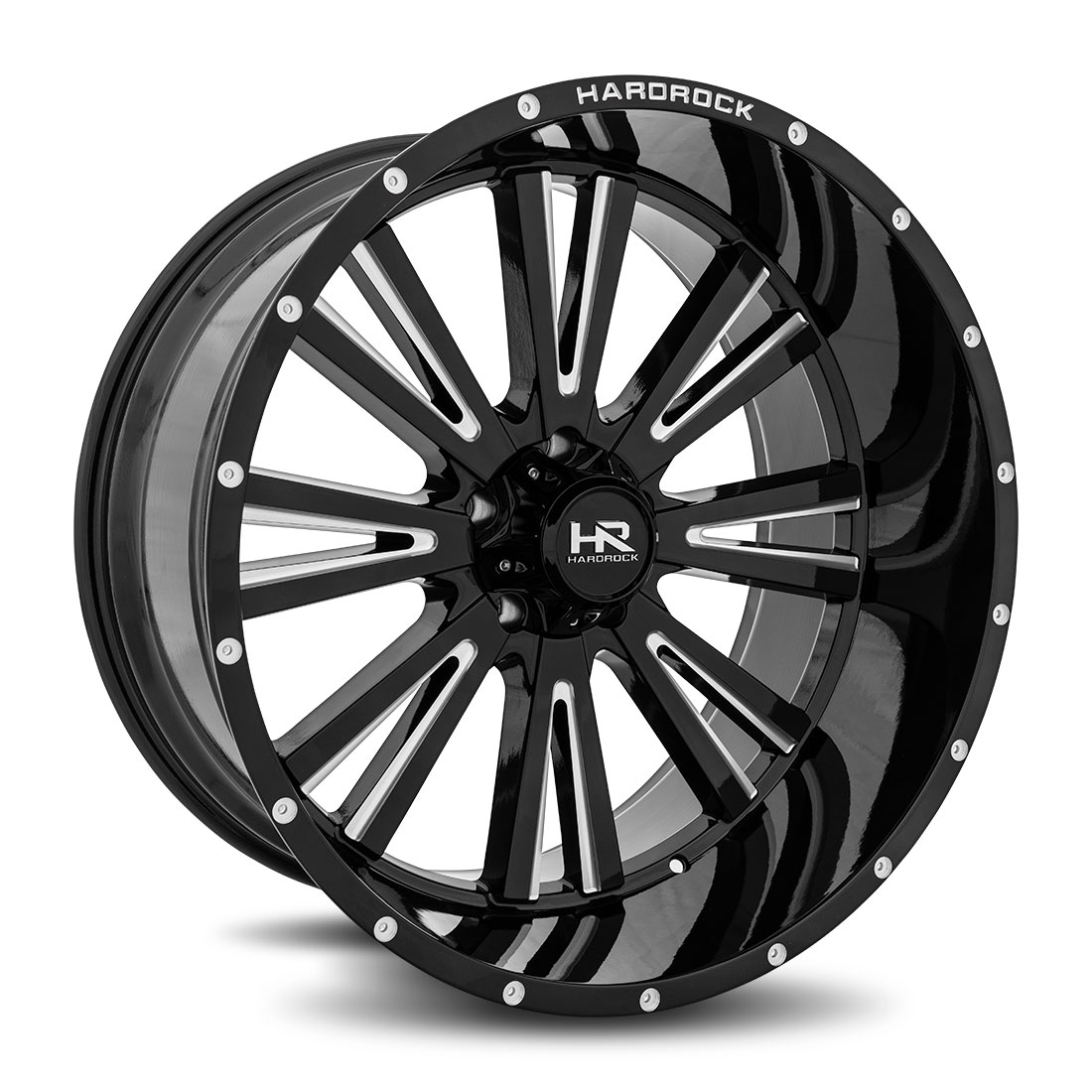 The Chevy Silverado is arguably the most popular truck in America, and for good reason. Not only does this truck appeal to those looking for a work truck, but also for those looking for a really solid off roading rig. Of course, not any old Silverado is capable of taking on dirt and mud. When you talk about trails, the only Chevy you want to talk about is a Trail Boss. In a world where Ford and Dodge are also heavy in the off road truck scene, the Silverado holds its own. The Trail Boss is exactly what Chevrolet calls it: Trail Boss. Fitted with Chevy’s Z71 package as standard, this truck is ready for dirt duty off the showroom floor. Is there room for improvement, though? Of course there is!

When we spotted @z71_chick’s Trail Boss on Instagram and noticed she was local, we immediately got in touch. The beautiful part about the interaction was that she was already running our off road wheels. After everything was said and done, we set up a meeting location and sent our guys out to snap photos. How did the shots come out? Well, you be the judge. That said, we think we have a solid arsenal of Chevy Trail Boss wheels. 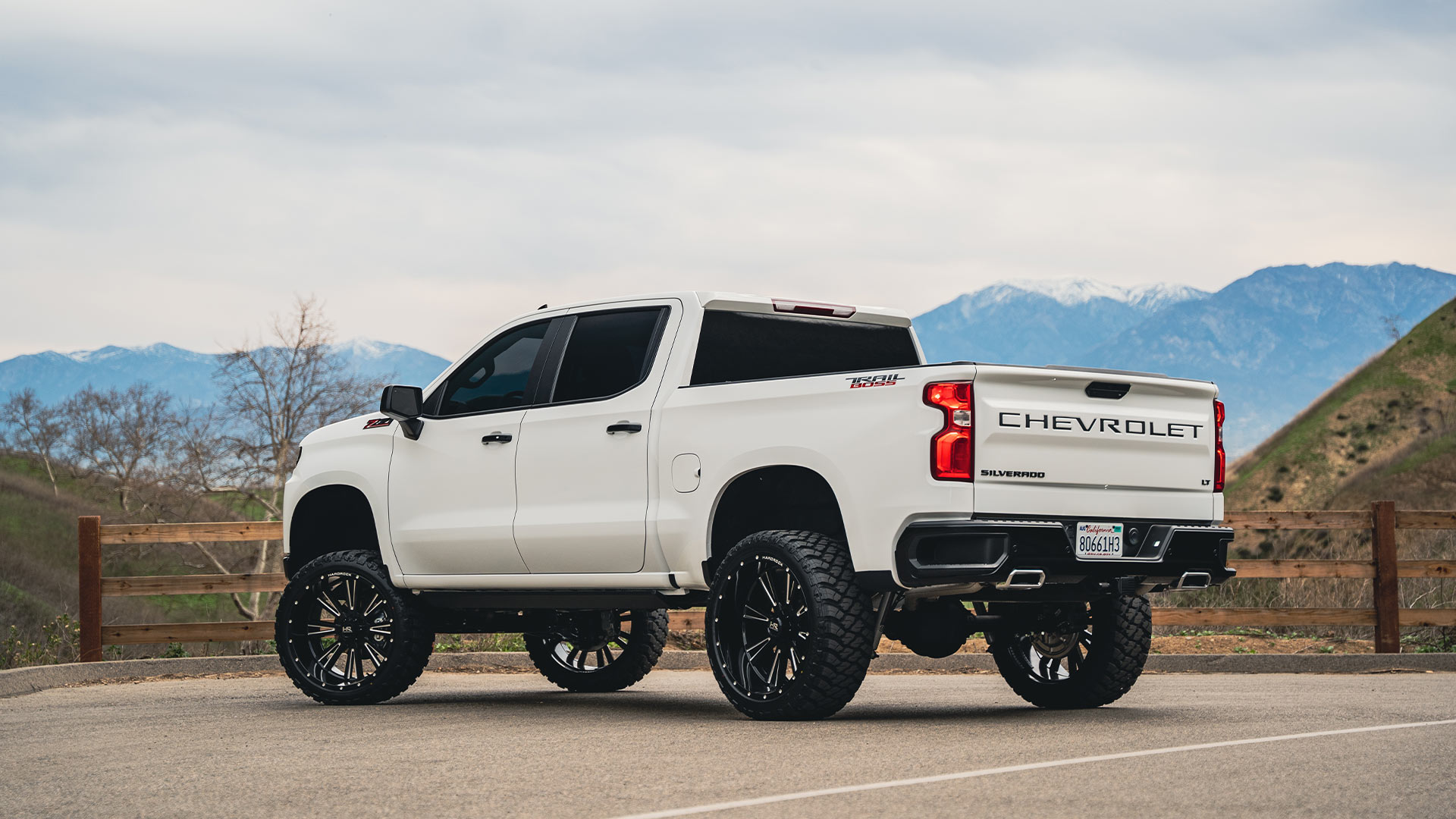 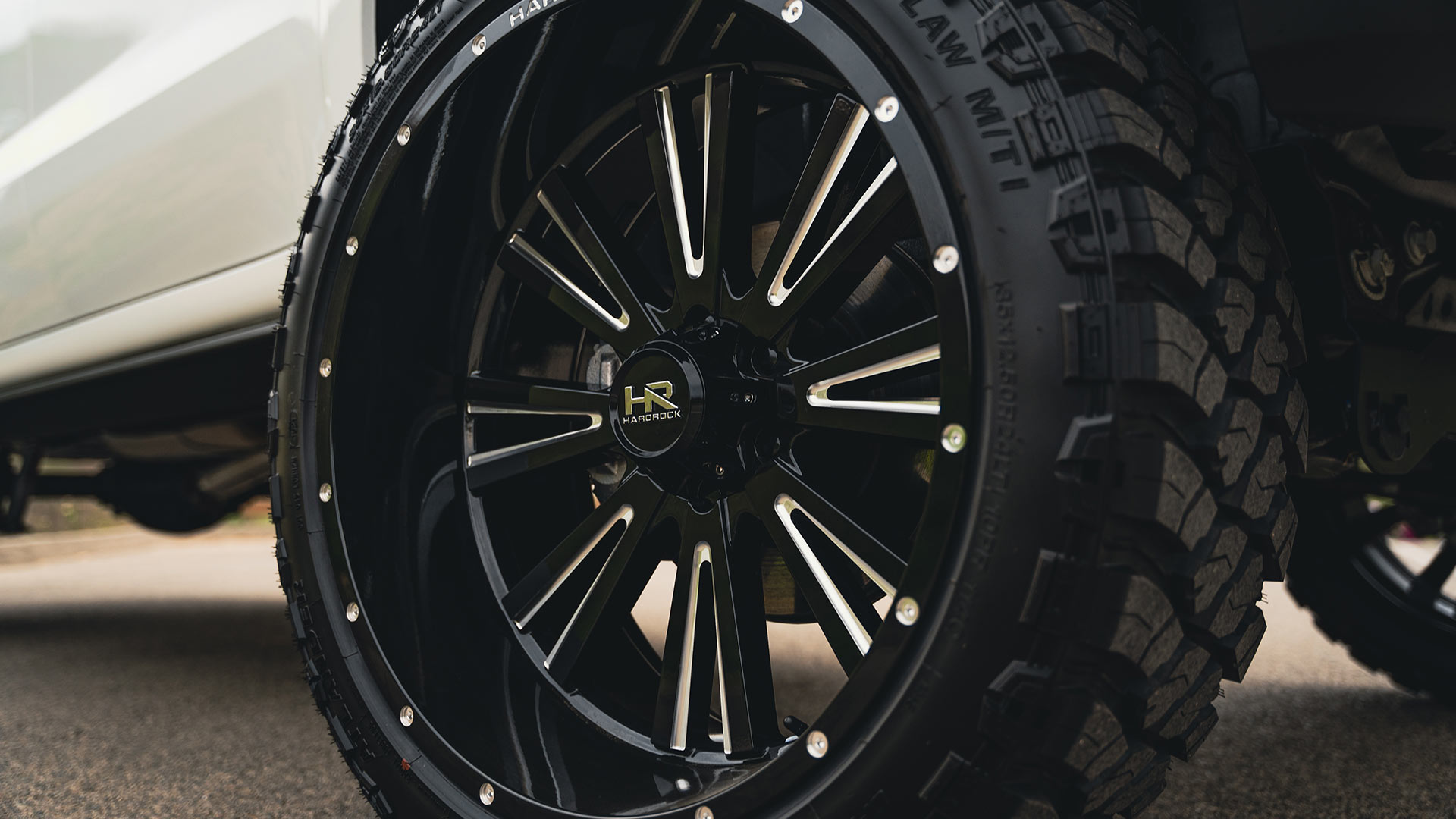 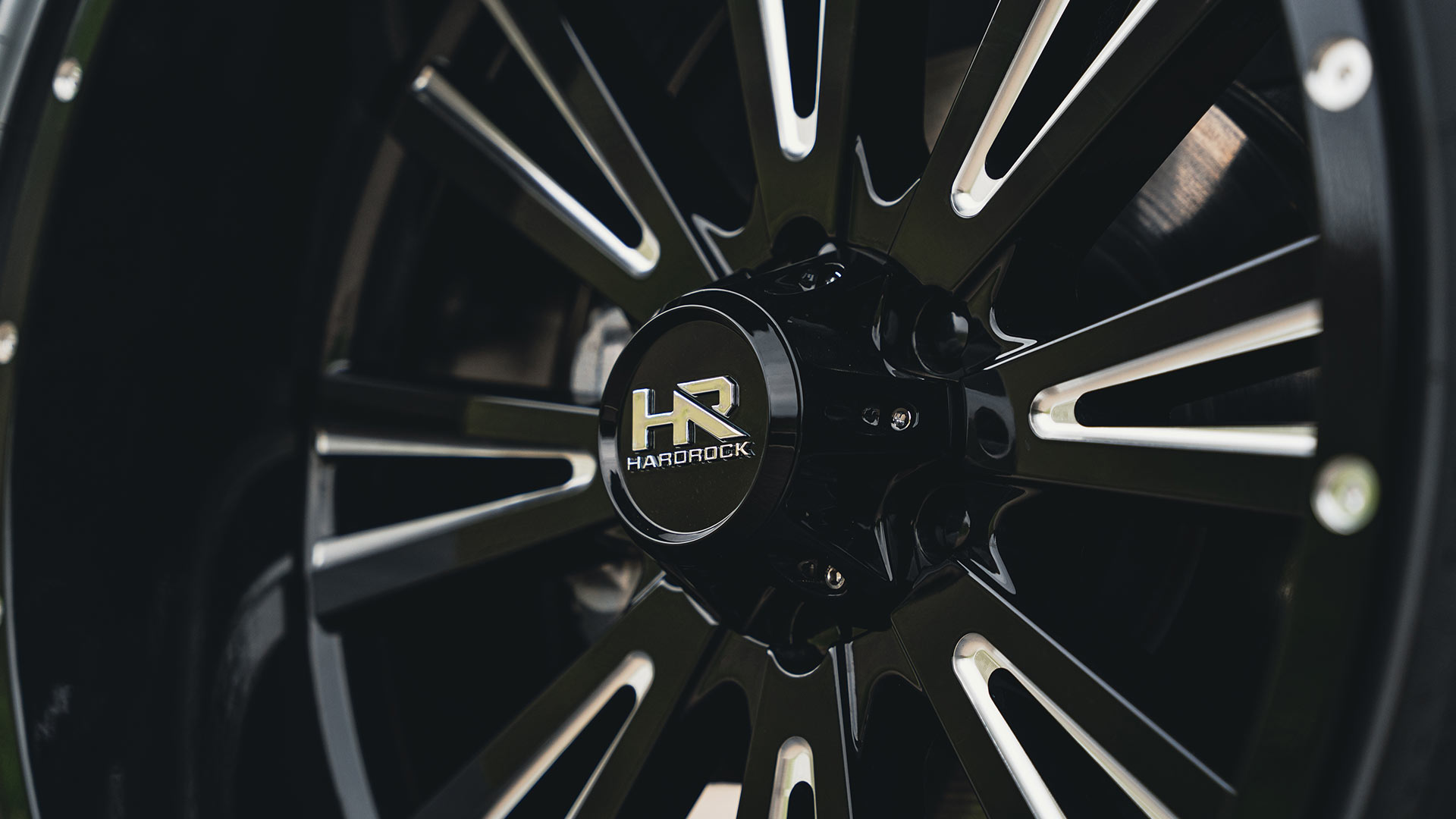 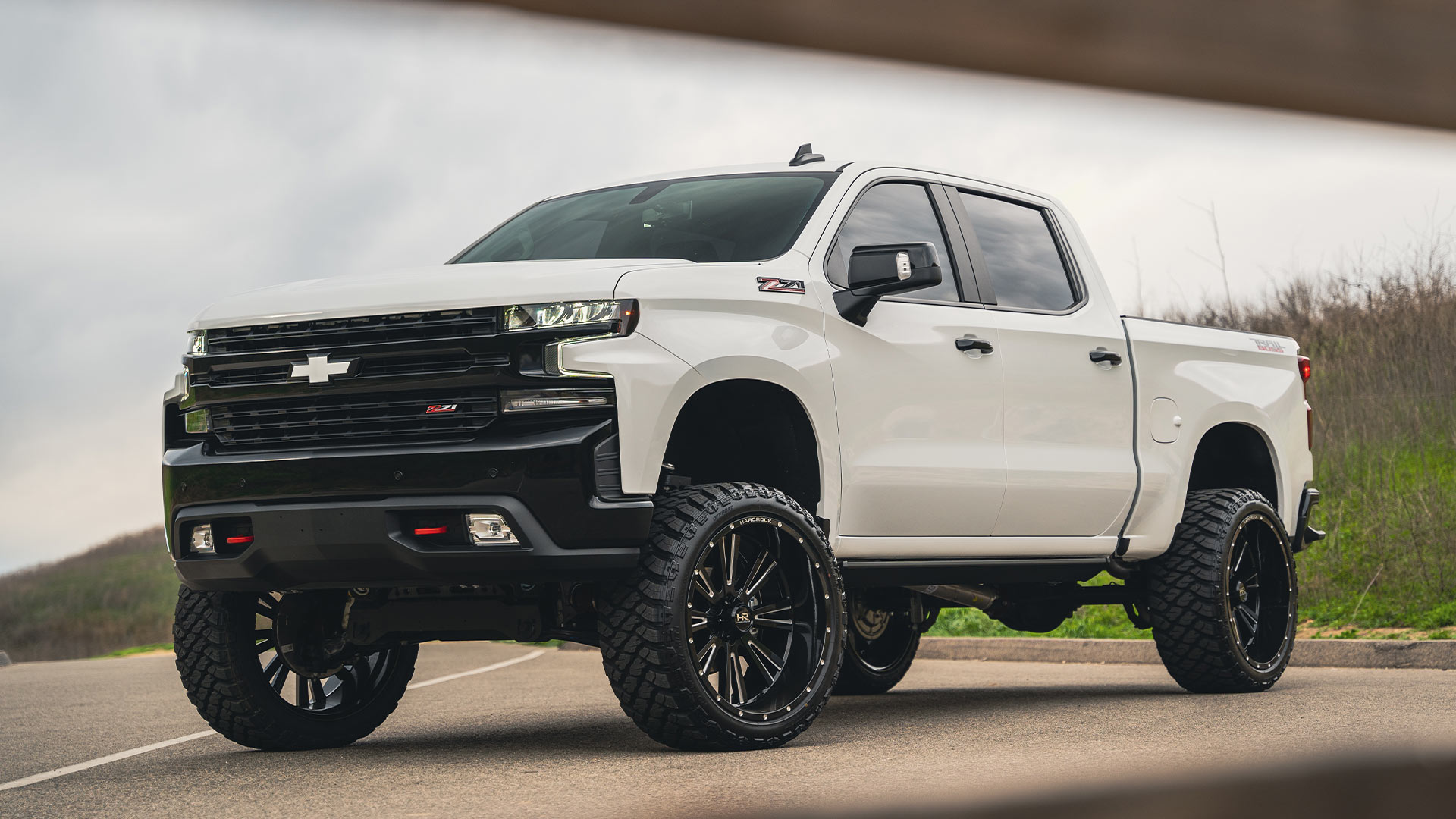 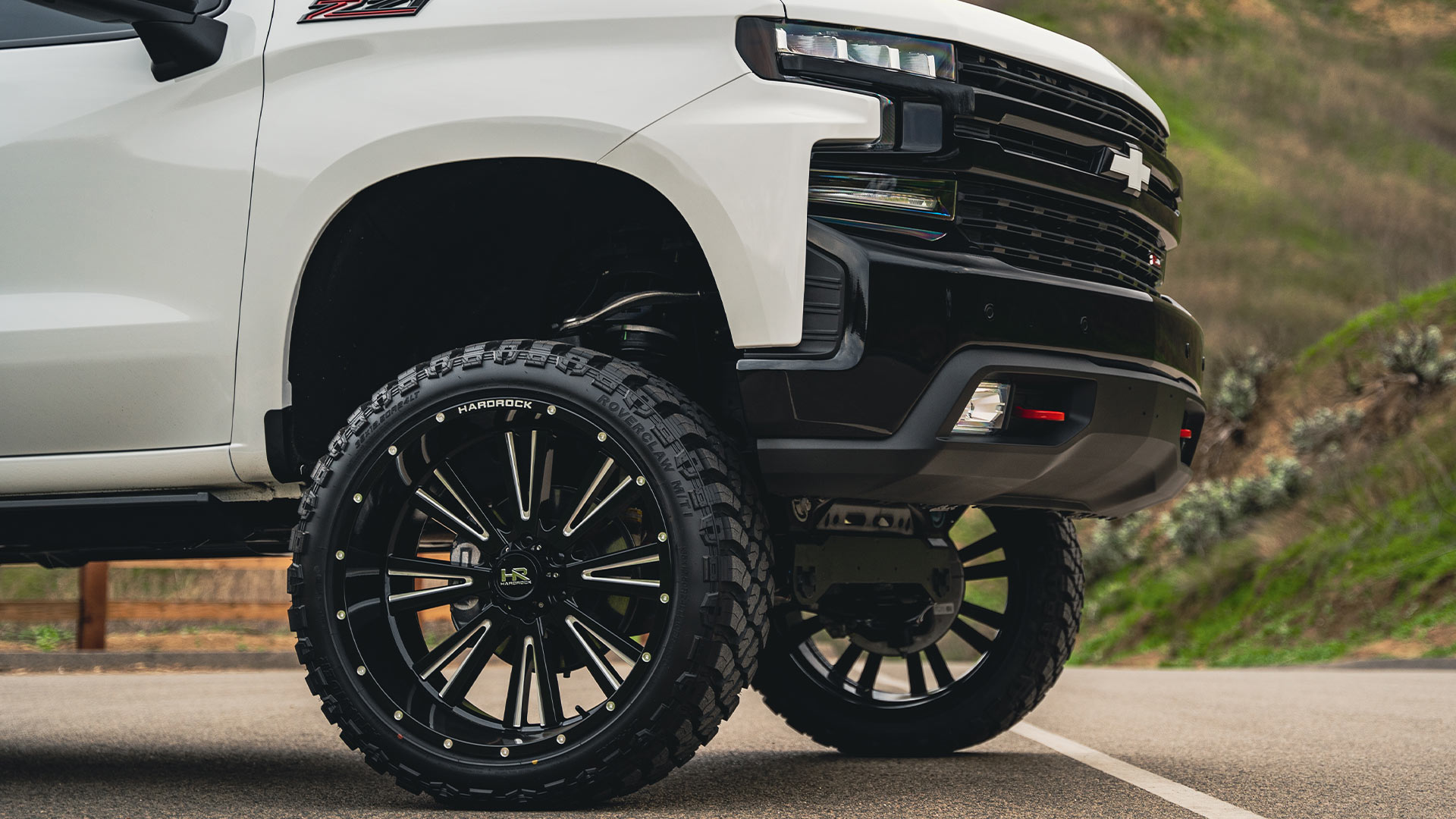 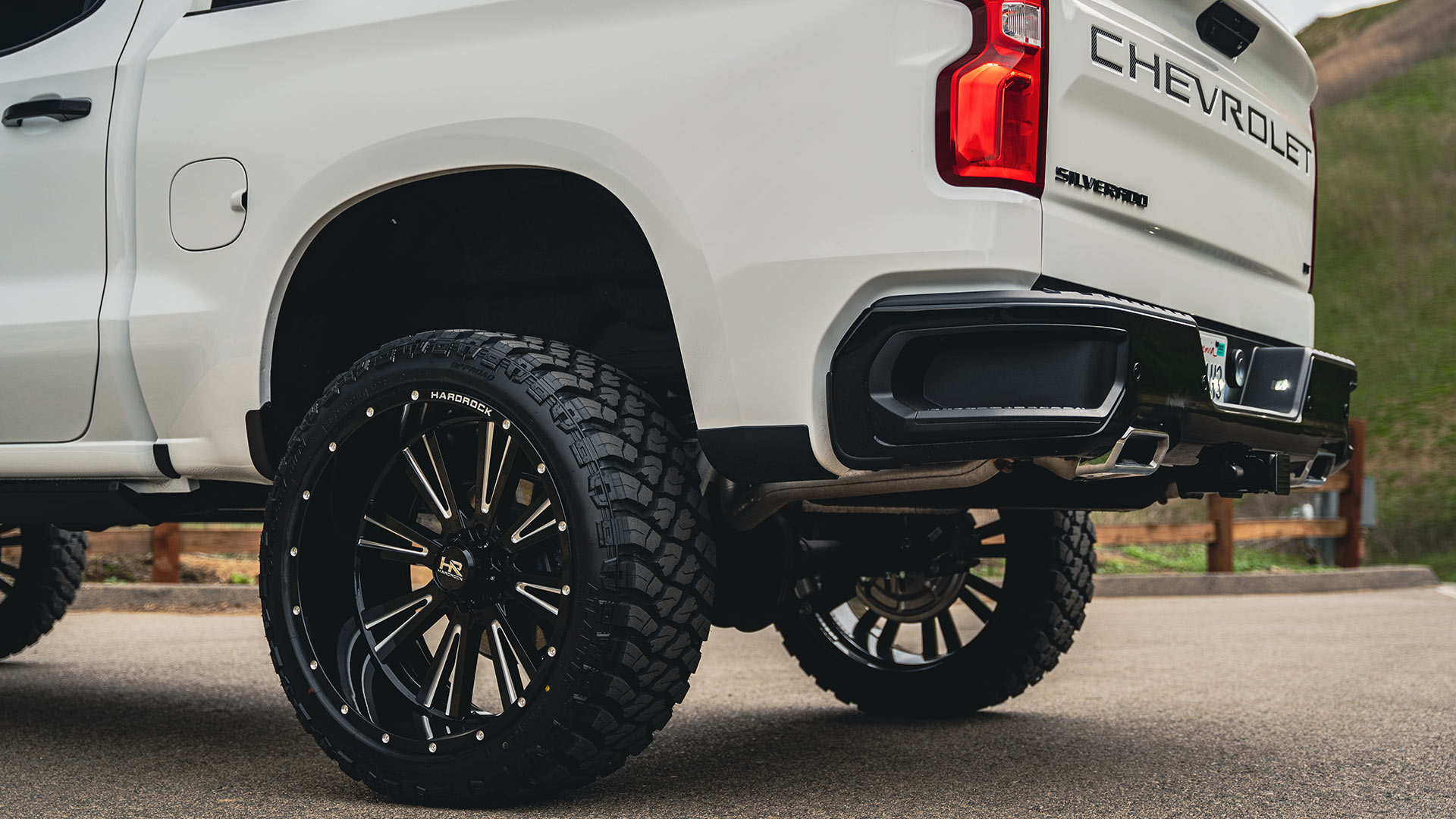 Let’s get into the details, shall we? This Trail Boss is running our Hardrock Offroad H503 Spine in 24×12. That’s a big boy. As for tires, the Chevy Trail Boss wheels are wrapped in 35×12.50R24 Atlander Roverclaw M/T I tires. A big wheel calls for a big tire, and this lifted Trail Boss did it well.

If you have a lifted Trail Boss and are on the hunt for some big off road wheels, you’re in the right place. In addition to our H503 as shown on this Silverado, we have tons of styles with various size, finish and PCD options available. Hardrock Offroad can fit on virtually any truck with absolutely zero modification required. Better yet, most of our wheel lineup is ready for a plug-and-play application. That means even if your truck is lifted, stock suspension, or even a factory lift kit, our wheels will fit without problems. 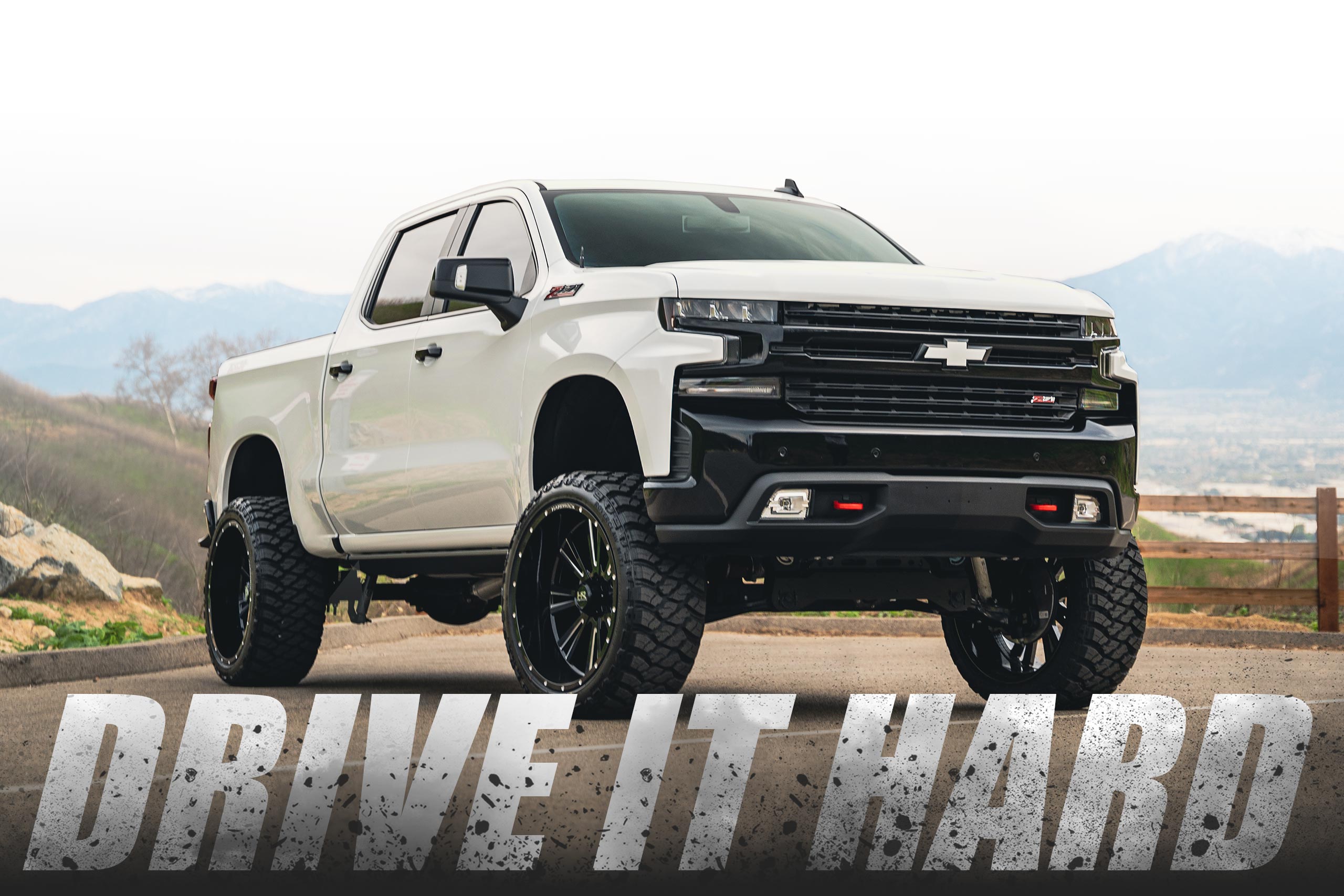